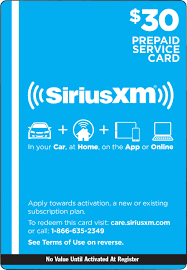 Beginning next week, SiriusXM will be accessible via Google Assistant-based devices in Canada and the US. That indicates you can ask play songs on SiriusXM. Google claims that the same instructions will operate in Canadian French “shortly.” SiriusXM users will also be capable of watching “curated video content,” comprising in-studio performances and interviews, from the firm on a Hub Max or Nest Hub—anything with a display, actually—later in 2019.

The Assistant already shows support for a series of radio-based suppliers comprising TuneIn, NPR, Radio.com, and iHeartRadio. SiriusXM can have a hard time, hence, vying against myriad other platforms that are now available via the platform. If you have not tried SiriusXM earlier, Google claims “eligible users” can snag a free 3-month test by installing up a new Nest smart display or speaker via the app for Google Home. For evaluation, SiriusXM has been nice with Alexa assistant from Amazon since 2017, and began providing 3-month trials last October for Echo users.

On a related note, as committed, Google Assistant can now assist find your Tile trackers with extremely less effort. Connect the Bluetooth device in the app for Google Home and you can ask the Assistant to locate your trackers after you set up Voice Match in Assistant with the help of a simple sentence instead of adding a prefix such as “ask Tile to” each time. You can tell the voice helper to find your bag or ring your keys.

This operates on any Assistant-based device, albeit you will require the Tile app on iOS or Android for the initial setup. While the support of Assistant for Bluetooth trackers is still very thin (Chipolo is the only other firm to work currently), this is still a very huge inclusion.