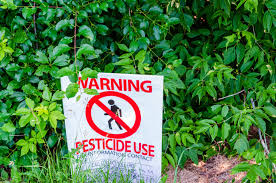 The agribusiness company says that is not guilty of using unlawful pesticide on its crops. The ingredient methyl parathion has been banned from being sprayed on crops.

The U.S. Justice Department has filed a lawsuit against the company, for spraying its research crops in Maui, Hawai, with the banned pesticide.

The EPA had earlier banned the spraying of Methyl parathion on crops. But Monsanto had used the pesticide on its research crops at Maui Valley farm in 2014 and has been irresponsible while storing the pesticide.

Monsanto now says that the company has not lived up to its own safety standards, or the law. “We accept our responsibility and are sorry for it”, says the company.

Court rulings say that if the fines are paid within two years, the company will not be charged with felony charges. Monsanto will have to comply with environmental laws stipulated in the United States.

Attorneys have asked Monsanto to keep away from the reckless use of pesticides and to store them safely away from vicinity of people in schools and houses.

Monsanto which is now owned by Germany’s pharmaceutical company has agreed to pay $10 million as charges for storing the banned pesticide unlawfully.

Darren Wallis, the vice president of Bayer says that the company takes full responsibility for its actions. It will take steps to manage waste correctly and use agricultural pesticides with more responsibility.