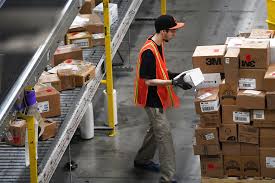 In yet another incident of data abuse, Amazon has fired its employees for leaking customer’s email addresses and phone numbers to a few third parties. The company notified customers about the same via an email where it stated that sharing of customer’s data is against company policy. The news broke out to the media when a customer had posted details of the email on Twitter. This is the second incident within a week wherein Amazon has admitted to its employees misusing the customer’s data.

The company hasn’t revealed how many customers are affected or how many employees it has fired. There was no explanation as to why the information was shared with third parties either. A similar incident had taken place back in 2018, when an employee was fired for leaking customer’s email addresses with a third party seller. This week, it has already fired four Ring employees who misused the customer’s video feed accessible to them. Post the incident, Amazon decided to cut down the number of employees who would have access to such customer’s data. The company stated that it is also investigating claims of its employees leaking data for bribes. Third party sellers have become critical for Amazon’s business and the company will soon have to look for a solution to these frequent data leakages to continue moving in the right direction.

Talking of setbacks for Amazon, IKEA has recently joined a long list of brands who have opted out of selling products on Amazon. The list includes names such as Nike, PopSockets, and BirkenStock, all of who consider Amazon to be an unworthy hassle. It might not be a big trouble for Amazon, as it can still supply those products via third party sellers and continue to keep up with its customer-centred approach.