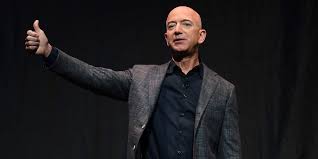 One of the richest people in the world, Jeff Bezos has made a commitment of $10 billion of his wealth for climate change by creating Bezos Earth Fund

The net worth of Jeff Bezos is close to $130 billion and it is not the first time he has announced something of this sort to protect the environment as the founder of Amazon had announced Climate pledge which had stated that the ultimate goal of the retail giant was to be able to become carbon-neutral by the year 2040.

Bezos though has also faced a lot of the criticism about contributions which are made by Amazon and him. The critics had accused him recently about being stingy and not donating enough towards the efforts which were going on in the devastating wild fires in Australia which has been linked to climate change. Amazon also pays a lower rate of tax on many billions of profits.