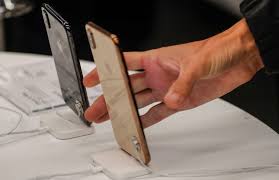 Apple Drops Trade-In Values For Almost All Of Its Products

The already low official trade-in values offered by Apple for iPads, iPhones, and Macs have slumped further down as the company lowered the maximum payouts for its used devices. Customers opting for a trade-in already received much lower prices for their devices as compared to the street value. Customers do opt for official trade-ins though as it saves them time and keeps them away from the hassle of looking up for a buyer.

Talking of using old iPhones, Apple is planning to bring up a robot that can recycle iPhones in the most productive manner. The robot called ‘Daisy’ will be able to recycle iPhones in such a way that the minerals are recovered in a reusable state. The move is to cut down dependency on mining industry for essential minerals, a goal that is still dubbed as impossible by a few analysts. California-based The Cupertino is aiming to become a closed-loop manufacturer of minerals beating the mining industry with the robot.