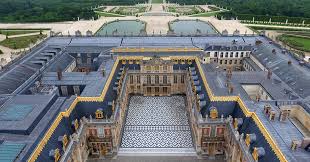 Versailles palace is one of the most well-liked tourist spots in the globe, but dealing with those crowds personally can be irritating. Now, the Château de Versailles and Google have joined hands to take VR consumers on a private tour of royal residence of Louis XIV. It is the biggest photogrammetry program ever conducted at the castle, with 387,500 square feet of internal surfaces and 21 rooms captured. Oculus Rift and HTC Vive consumers can inspect and handle more than 100 paintings, sculptures, and other kinds of art and view them with unbelievable close-up detail.

Google textured 15 Billion pixels and gathered more than 4TB of info, it claimed. The app will offer you a tour the Royal Opera House, the Queen and King’s State Apartments, Hall of Mirrors, and Royal Chapel, just to name a few of the famous rooms. “Paintings, tapestries, sculptures, ceilings, and furniture, everything is inside reach of your controller to give you privileged and limitless access to the Versailles’ treasures,” clams the description.

If you do not have own a Rift or Vive device (it is only accessible on those 2 services for now), Google has also revealed an online exhibition sporting more than 390 assets, comprising artifacts, objects, and paintings. You can go on the Palace’s most famous rooms’ private tour of six, with supplementary audio from historical professionals. The app and exhibition are now accessible at Arts & Culture site of Google.

On a related note, Google has begun launching out Chrome OS 77, and it makes its Assistant broadly accessible to the machines the platform operates on. The voice AI used to be an exclusive only for Pixel, although adventurous consumers have been capable of switching it on as a concealed feature for a while if they are in one of the beta channels of Chrome OS.