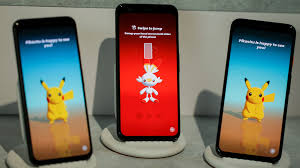 Google to launch a smartphone with radar tech soon

Amidst many leaks relating to the much awaited Pixel 4 mobile phone, Google in July has releasedown leak. In a YouTube video running 22-seconds, the stream shows a woman trying to control her phone with the gesture of her hands from a distance. It accompanies a blog post which announces the new radar technology by Google which they have been trying to develop from 2015.

As tech companies guard their exhibit device features in the most secretive way the announcement was not at all surprising. This notable capability creates a milestone for Google as own experimental technology will finally be released in the consumer market. The tech will be in their most prominent device, the mobile phone.

The Pixel 4 is to be formally introduced on Tuesday by Google along with next generation utilities at an exhibition in New York City. The new updated version of the Wi-Fi router and their smart speaker, the Home Mini will also be released along with.

The Pixel phones by Google are by no means leading the market. The IDC reports Apple, Samsung and Huawei to be the more accepted handset companies in the world. Ruth Porat, Chief Financial Officer in a statement early this year blames their sales drop on the recent strain in the market for premium phones. Customers are avoiding purchasing phone over $1000. Sales from Pixel 3A which launched in May have helped them recover.

Project Soli, is the name given to Google’s radar tech which started its development four years ago in their Advanced Technology and Projects division, or ATAP. Operating similar to DARPA, the division was accountable for their experimental hardware. It is being led by former head of DARPA, Regina Dugan. The division has been working on ambitious innovations like tablets with augmented reality, sensor-infused clothing and modular phones.