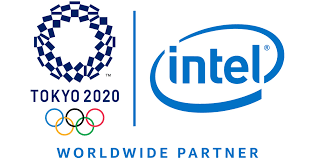 Intel To Host An Olympics-Approved Esports Contest In 2020

Gamers will aim for the gold in Tokyo next summer, but not in the Olympics. Intel has declared that it will host an esports contest during the lead-up to the 2020 Olympics in Tokyo. Users will vie against each other Rocket League and Street Fighter V for a cost of $250,000 for every game. Online qualifiers will start early in 2020, with a live qualifier event in June in Poland.

The Intel World Open—the final championship tournament—will be conducted on June 22–24th in Tokyo. Same as the Olympics, users will play on teams that represent their countries. A sum of 12 countries will be pre-approved to create national teams. Starting in March, national qualifiers will decide the top 4 players of every country, who will be chosen to create that team. At the time of the live qualifier in Poland, 20 groups will view in a group phase qualifier to decide the strongest group in the EEMEA, Americas, and the Asia Pacific area. The last 7 groups will vie in the World Open against Japan in Tokyo.

Intel will have a big attendance already in the 2020 Olympics, conveying a 5G network, 3D athlete tracking, and a potential drone light show. Including an esports contest will just add to the American tech behemoth’s cachet in capital city of Japan.

On a related note, Intel aims to convey 3DAT (3D athlete tracking) to the upcoming Olympics. Earlier, the firm declared that its 3DAT system will employ 4 cameras to record athletes in the sprinting events including 100-meter race. Algorithms will then examine the biomechanics of the movements of the athletes and show those as visual displays accessible during replays. Intel has already made big commitments for the upcoming Olympics. And it remains to be seen if it delivers the promises or not.