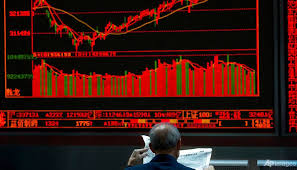 On Monday afternoon the Chinese mainland stocks rose by a fair margin on the back of good results posted by the industrial output and the increase in retail sales. The two most important parameters to judge the economy have raised more than expected in November.

The Asian markets’ reaction to the news that the US and China have made the first round of trade talks was mixed.

The Australian index S&P/ASX 200 which comprises of lead stocks of the company rose by 1.63% to 6849.70. The main contributors to this surge were the banks and the mining companies.

Coming to the news on the US-China trade agreement it was told that the first round of trade talks between the two countries had been completed on Friday. It is a give and take policy from both sides where the US has agreed to buy Chinese goods while the Chinese have agreed to buy agricultural and other products from the US. Robert Lighthizer said that over the next two years the US will double its exports to China.