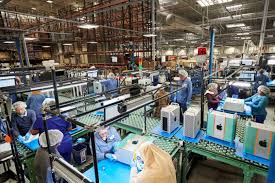 Apple Now Claims The Mac Pro Will Launch In December

After revealing the latest Mac Pro back earlier in June, the firm pledged it might ship this winter. Apple just narrowed that time a little more: A spokesperson informs the media that the device will launch in December. As our most obscure users might highlight, that indicates as long as it comes before the fall solstice on December 21, the device is on track as per plan. That is not awfully shocking—DJ Calvin Harris lately published pictures to his Instagram Stories of the Mac Pro, recommending the device was in final enough stage that the firm was comfortable seeding it to pro creators and influencers.

Although Apple still will not say precisely what day the device will go on sale, it did amend one of its performance statements. A spokesperson now claims that that the device could mage six 8K streams simultaneously, up from the earlier claim of 3 streams, made earlier when the device was revealed in June at WWDC. Apple chalks that up to additional optimizations from the development team (Final Cut Pro), recommending that we are not in for any huge hardware amendments before launch. We will see forward to placing that statement to the test once the device becomes accessible.

If devices are more your stuff, however, Apple has just raised the covers off its high-end new MacBook. The 16-inch MacBook Pro restores the 15-inch device, and is accessible to pre-order from this week.

On a related note, Apple has decided to win as many tax exceptions as it can, it appears. The White House has verified that President Trump will pay a visit to Mac Pro factory of Apple in Austin, Texas this week, supporting speculations of an impending tour. It is not clear if Apple executives or Tim Cook will be present.