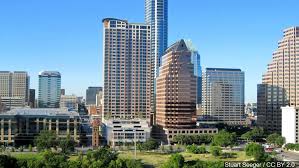 Austin is currently ranged at the 56th spot when it comes to the top 100 cities in the United States which have the highest rates of Sexually Transmitted Diseases.

CDC had recently released a report on the Sexually Transmitted Diseases which had included the new data of the STD numbers across the United States in the metro areas.

On the basis of the data, it has been said that Austin has as many as 1,006 cases of Sexually Transmitted Diseases for every 100,000 residents.

The reports of CDC say that more than 2.4 million cases of Sexually Transmitted Diseases had been reported in the year 2018 in the United States but such numbers are not reflecting the number of people who do not know whether they have the disease or not. A lot of the STDs as per CDC does not display the symptoms which are obvious. Among the diseases are the diseases like Human Papillomavirus, Chlamydia, Gonorrhea and the HPV.

Diseases such as the chlamydia, gonorrhea and syphilis though can be cured by the anti-biotics.

The CDC suggests through its data that there are a lot of the factors which contribute to the increase all over the United States. These are inclusive of the poverty, drug use, stigma and the use of condom which is decreasing and the cuts to the prevention of STD and the treatment programs.

While Austin is ranking in the 56th spot, it isn’t close to the top city in Texas on this list. Killeen is ranking in at the eighth spot with as many as 1,644 cases of STD per a 100,000 people. Texas itself ranks on the 23rd spot in all of the 50 states.