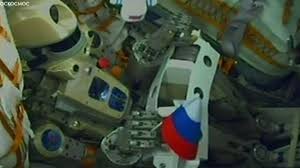 On Monday, an unmanned cargo ship named Cygnus N-12 reached the International space station with 4 tons of fresh supplies for the crew aboard ISS. The supplies included cookie dough as well for an experiment. A robotic arm was used to catch the cargo ship which is now called SS Alan Beam. The cargo ship is now docked on the unity module of the space station.

The cargo delivered by the Cygnus NG-12 cargo ship contains a variety of goods including 3d printing equipments and science experiment hardware along with food and other important amenities.

Some cookie dough was also sent to the ISS by Hilton Doubletree as a part of the Zero G oven experiment. If the experiment is successful it will be the first time that baked goods will be made in space and will open up new possibilities for future missions.

Latest AstroRad vests were also sent among other experimental equipments. These vests will help the astronauts to sustain in the harsh radiation filled environment of outer space. Space mice were also sent to the ISS under the Rodent research-14, which aims at testing the effects of darkness and light on the liver health in space. The astronauts on ISS experience 16 sunrises and sunsets everyday while orbit around earth.

The cargo ship was also carrying Cubesats which were built by National Reconnaissance office and Students along with important gear that will be used to repair the $2 billion worth Alpha Magnetic Spectrometer 2. This instrument is mounted on the exterior of the space station and was built to find evidence about the existence of dark matter. Three out of the 4 cooling pumps on the device have failed as of now and NASA wants to repair it by a series of spacewalks scheduled at the end of this year.