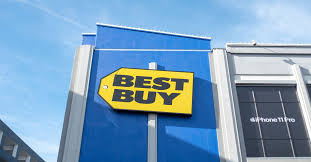 Best Buy have hired Sidley Austin LLC to initiate a probe investigating the claims of the anonymous letter. The company stated that they take allegations of misconduct seriously and are open to maintain confidentiality about the letter’s author while inviting him/her to be a part of the investigation. The letter was brought into light by the Wall Street Journal on December 7. Corie Barry has also responded stating that she is ready to fully co-operate with the investigations and help the company close it in the shortest possible time. Corie Barry was the Chief Financial Officer before becoming the CEO of the company seven months ago. She is one of the most distinguished business women in today’s date for her accomplishments. She is also a member of the board of Domino’s Pizza. If the allegations do turn out to be true, the consequences can be career damaging for Corie Barry. McDonald’s too had their CEO, Steve Easterbrook, removed from the company on similar misconduct charges in November.

Talking of the company, Best Buy’s stock had to suffer after the news of investigation broke out. The company’s shares went down by 0.8 per cent in the after-hour trading. The stocks stumbled ultimately by as low as 1.5 per cent.