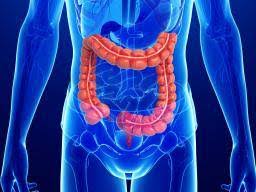 As per the data from CDC, in USA, approximately 3mn people were diagnosed of IBD in 2015. Till date, Researchers studying this condition were not able to find the exact cause of this disease. Thankfully now doctors may be able to help patients with this problem due to findings of a research paper published in Journal of Clinical Investigation by researchers from Germany’s Erlangen University.

Researchers say that loss of functionalityof these blood vessels could be a prime reason for this disease which is so problematic that it can badly affect an individual’s life quality. IBD is characterized by inflammation of the gut and refers to both Crohn’s disease and ulcerative colitis. Researchers declared that important contributor to the problem is loss of functionality in some blood vessels.

They stated that eradication of thisloss of functionality in the patients’ blood vessels could slow down progression of this chronic health condition. Victoria Langer and her colleagues began their investigation of IBD. In the beginning of the study researchers believed that that inflammatory cells keep circulating in blood vessels. They then proceeded to investigate if health of blood vessels had any relation with inflammatory conditions development that occurs in the gut during IBD. Their interest was concentrated around studying how endothelial cells work which line the inner blood vessels surface. These cells work as a barrier to prevent other cells leaking.

The researchers have discovered that people with IBD had blood vessels (permeable) which implied that lining of endothelial cells were not functioning properly. During molecular analysis their theory was confirmed as they found dysfunctional interaction of endothelial cells with each other which was caused by interferon-gamma (cytokine). Cytokines play a critical role in inter-cell signaling and in patients with IBD high concentration of Interferon-gamma in inflamed tissue in intestine.