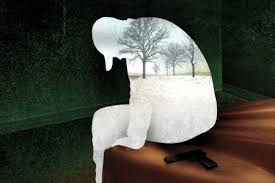 Cases of suicide, homicide soar in the US, report suggests

As per one of the latest survey report, tendency of homicides and suicides is increasing among young adult teenagers and children in the US. On Thursday CDC published report for years ranging from 2007 to 2017, in which children and young adults who are residing in the US registered a spike in suicide tendency by 56%. Moreover, the homicidal tendency in similar group increased to near around 18%, from 2007-14.

As per the report suicide is considered as second lead factor for death of children, teenagers as well as young adults in America in the year 2017, moreover homicide was ranked third for people who were at the age of 15-to-24 during 2017.

Till the year 2009, homicide tendency among younger generation was higher in comparison to suicide rate, but since the dawn of 2011 suicide rate is all time high. The report also showcased the increase in suicidal rate in kids who are 10-to-14-years-of-age.

Sally Curtain stated that though the kids of this age group have lowest rate of suicide but it literally tripled in between 2007-17. Curtain further stated that during that time period homicidal rate was at a decline in the kids of similar age group. The suicidal rate rose from 0.9 to 2.5 per 100,000 people in 2017.

The high rate of suicide among younger generation is still a mystery, but experts said that addiction to social media can be the prime cause. As per Dr. Igor Galynker social media plays a prime factor for girls to commit suicide, and cyber bullying is a concerning factor.

Furthermore, researchers have directly linked amount of time spent on screen to suicidal ideation, anxiety and depression. Caroline Oppenheimer stated that there are several other destructive factors apart from bullying which influence girls to commit suicide. She stated that the mind of teenagers is too sensitive with regard to social valuation and feedback and teenagers do get distressed when they do not get relative response over the internet.