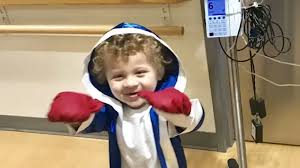 The drug used for chemotherapy for IV was invented before 60 years and is still the widely used means of treatment for various types of cancer in children including acute lymphoblastic leukemia (ALL). Peter Adamson, MD, who is the chair of the Children’s Oncology Group and also a pediatric oncologist at the Children’s Hospital, Philadelphia said that it was appalling that they were forced to ration the children’s cancer drugs in US.

He said that rationing has already started and has led to some children getting their dose of vincristine delayed and some others might have even missed a dose. He hoped that children who get delayed doses are kept a minimum but then the level of drug supply is different in various hospitals and some of the hospitals have already reported that they will be running short of drugs within the coming 2 weeks. Vincristine is a part of standard treatment for ALL which affects the blood and the bone marrow. It is also used for the treatment of tumors of kidney, liver, nervous system, muscle and brain in children as well as in adults.

Pfizer, which is the only maker of the drug, has said that the next drug delivery will be by October last and the current needs of the patients for the remaining of the year will be met by this. Pfizer has scaled up their production to meet the long term needs of vincristine. Additional shipments of the drug has also been arranged which are currently in transit to the healthcare providers.

TEVA pharmaceutical industries also manufactured vincristine along with Pfizer but then they discontinued their production in July. A spokesperson of FDA said that they were working with Pfizer to make sure that the cancer drug becomes available to all patients in need. The American Cancer Society has said that there has been a rise in cancer deaths over the past decades however 80% of them survived for 5years or more due to advancements in treatments.

Adamson said that many steps need to be taken to ensure that vincristine becomes available to all those who need it. He said that US being one of the wealthiest nations of the world, facing a loss of drug supply which costs about $10, hints at the failure of the system.