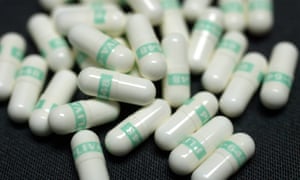 Antidepressants have varying effects on different people. For some, they are more effective and for some others, they are less effective. But what is the reason behind this? Research conducted on mice has suggested that it is mainly caused by exposure to external stimuli, which plays a pivotal role.

Antidepressant is the common name of the selective serotonin reuptake inhibitors or SSRIs. These are a specialized class or category of drugs, which are meant to treat conditions like major depression cycles and Obsessive compulsive disorder (OCDs).

And it is true that these drugs do have effect on every one and also, it is not that they work every time. In most cases, it takes a lot of trials and errors, adjustments and experimentations for individuals to find the right dosage and the combination.

But still, researchers are yet to find out the exact factors that play crucial roles in influencing the effect of antidepressants in patients.

Prof Igor Branchi and Silvia Poggini, PhD along with some of their colleagues of Istituto Superiore di Sanità in Rome, Italy have carried out some elementary research on a depressant model applicable for mouse. They hoped that if the model replicated with success in case of humans, it may help them derive the most plausible and in all probability, an amazing answer.

They are of the opinion that when people get exposed to stressful environment, it could have an influence on some specific molecular mechanisms. These mechanisms may influence the performance of the antidepressants. The molecular mechanisms, they said include inflammation, neuroplasticity and the ability of brain to undergo changes and adapt to new conditions.

Earlier studies had suggested that neuroplasticity gets impaired in human who undergo major and prolonged depressing cycles. The studies also revealed that SSRIs could help addressing this complication. In fact, some researches done earlier do suggest that SSRIs have the ability to reduce brain inflammation to significant extent.