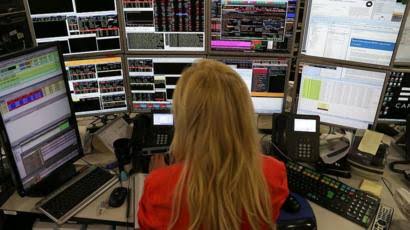 The UK general elections ended with a clear majority and win for the Conservatives and the stock market and the value of British Pound seems to have found new hit record highs.

Prime Minister Boris Johnson said that the win for the Conservative party means that people have given the mandate to get the Brexit done.

On new hopes, the sterling rose to $ 1.35 at some point. This was the highest rise since March this year on hopes that the newly elected government would clear the uncertainties over the Brexit deal.

The pound also jumped to a record three-and-a-half year high against the Euro. In the stock market, the FTSE 100 index rose by 1.1%while the FTSE 250 which includes some of the focused shares also rose to new highs briefly.

The Pound ended on trading at $1.33 and 1.20 Euro. The new highs were on the back of the hopes that Mr Johnson would get the UK out of the European Union by 31st January.

Other shares that are politically sensitive also rose on the stock market. The shares of water companies such as Severn Trent rose by 9% while the shares of the UK’s housebuilding giant Barratt rose by 14% and Persimmon rose by 12%.

The shares of the major banks like Barclays, RBS, and Lloyds also rose by 6%, 8%, and 5% respectively.

The rise in the shares of the house building companies such as Barratt and Persimmon comes on the back of the Conservative party win and that the housing sector in the UK will benefit from the Conservationist policies.

The expectations were that Boris Johnson was among the clear favourites to win the election but his romping victory by a clear majority has surprised most. The pound moves up sharply against the dollar and posted one of the biggest rises in a single day.