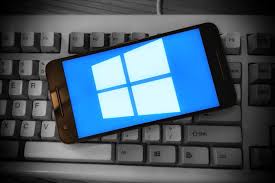 Google is making it simpler to juggle its productivity applications on your handset. The Internet behemoth has launched upgraded variants of Sheets, Docs, and Slides for Android with a renovated visual design that does not add any huge features, but might offer a more familiar and simpler experience. They all have easier-to-read typefaces, more consistent controls, and reworked lists for documents. You will not have quite such a jarring changeover as you shift to finishing a presentation from editing a report.

You might already witness the alterations in Slides and Docs, while the upgrade for Sheets is beginning to launch out. Will this motivate you to do work more on your handset? Possibly not, but it can lessen some of the headaches that arrive with changing documents when you are away from your PC. They also give G Suite applications a unified look that counters competitors such as Microsoft.

On a related note, after so many video and photo leaks, the daily exposures about the Google Pixel 4 can be referred to officially as a deluge. The newest leak comes in the form of a tech demonstration for the Pixel 4 XL and Pixel 4’s radar-fitted motion sensor. The proof-of-concept application allows consumers splash, pet, and wave at Pokémon characters with the help of horizontal as well as vertical hand gestures.

Soli is the radar tech by Google that fuels its Motion Sense toolset. Considering what we know from earlier leaks, consumers will at least be capable of skipping music tracks, snoozing their alarms, and silencing incoming calls with the help of this feature. More functionality will expectedly come as creators get their hands on the technology. Media was capable of using Pixel 4 for Pokémon Wave Hello since touch controls can be employed as a backup.