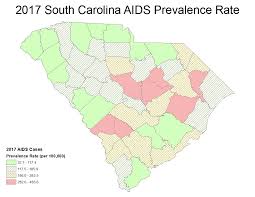 There has been a continuous rise in the number of people who have been living with the HIV in the area of South Carolina and the health officials of the state and the federal officials are trying to increase the awareness and also reduce the stigma which is related to this virus so that people get themselves for this infection.

There had been 20,000 people who had been living with the virus in the area by the end of the year 2017 as per the director of the local department of health, Rick Toomey who on Wednesday said this while he was in a conference.

He said that there were too many individuals who are being newly diagnosed.

South Carolina had earlier in the year received a grant for the helping of reduction in the HIV spread by the enhancement in the prevention being done on the basis of evidences and also the efforts for diagnosis, response and treatment.

HIV leads to the acquiring of AIDS. This is a virus which directly attacks the ability of the body to fight infections and a few cancers. The person who is diagnosed with AIDS has his immune system compromised on a very serious level.

From the year 2008 till 2017, number of people who had been living with HIV at the end of every year was seeing an increase by 30 % according to reports.