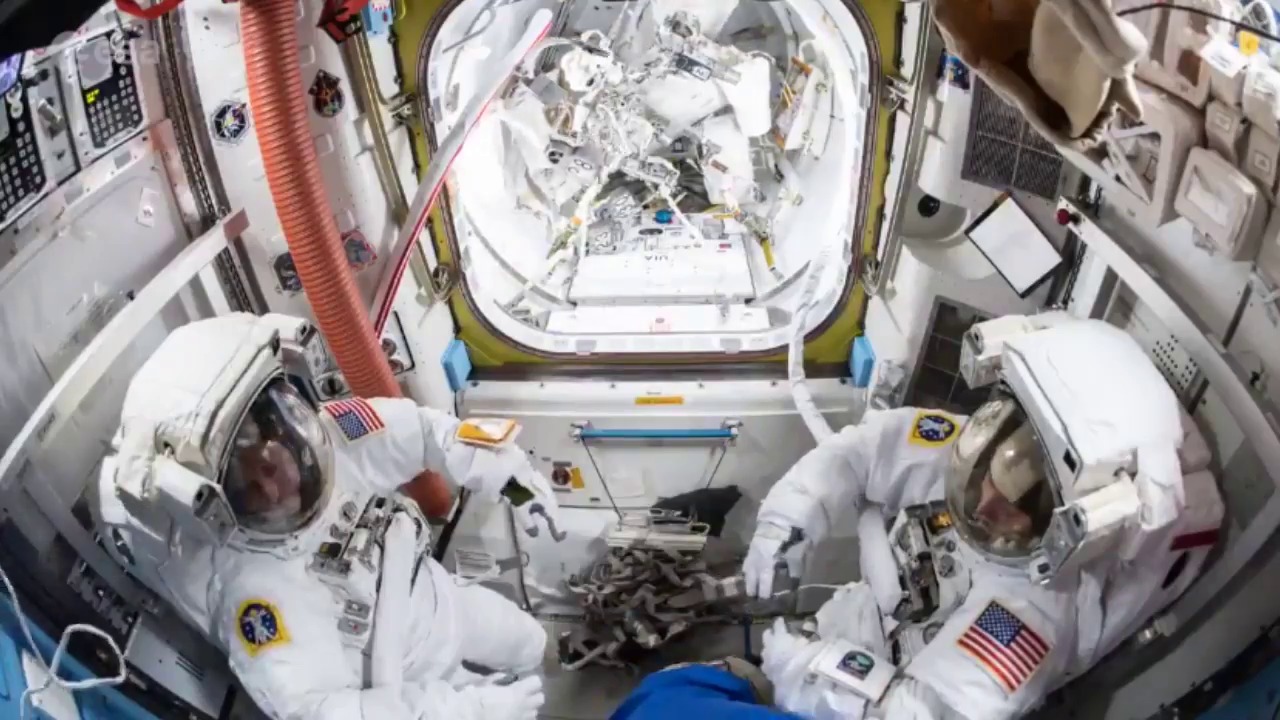 NASA’s various experiments at International Space Station (ISS) are always full of adventures, knowledge and excitement. We all are well-known with the fact that the space researchers are searching for a second life outside the Earth. Recently, the astronauts from NASA harvested food in space as a part of NASA’s research project which focuses on developing a system which will continuously provide fresh food in space.

This experiment — named as VEG-04B — was carried out to focus on the effects of fertilizers and light quality on any leafy crop. As per the planned experiments, the astronauts harvested Mizuna lettuce. This lettuce is basically a Japanese variant form— so-called mustard greens — and its small bunch is grown in the containment units—which are specially designed for growing crop on ISS— named as VEGGIE. The crops are kept in watered pillows inside the containment units for 28 days. After 28 days, the crops will be harvested and sent to the Earth for further tests.

The scientists will observe and study the crops to determine nutrition values and their quality which makes the fit worth consumption in space. Though these plants are sent to the Earth for examination, some amount of these hand-raised plants will be eaten by the astronauts and ISS crew who are provided with the privilege of determining plants’ taste by themselves.

As per stated by Johnson Space Centre, NASA, the plant pillows were watered by Jessica Meir, NASA astronaut. Just a week before, the lady astronaut had expressed her excitement of growing a plant on ISS through a tweet. The dream came true on Oct. 30 as the crew harvested the lettuce for the first time.

According to NASA, understanding the environmental effects of a spaceflight on thrift and growth of a plant is one of the major objectives of space biology. If Astronauts are provided with fresh food, it will surely help them in boosting their morale and will also provide a healthy break from their routine.