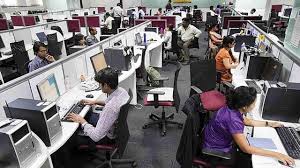 The employees in China, India and Indonesia have been more hopeful about the prospects for their careers than the workers in any of the other significant economies. This has been reported as per a recent study.

The levels of optimism have emerged to be a lot higher in the three nations than they have in a few of the leading market of jobs in the world including the United Kingdom, United States, Germany and Canada.

The study had surveyed over 30,000 people who were 18-65 years all over the 22 markets for an annual index which is made by the networking site LinkedIn. This sought to gauge the opportunities and challenges which affect the workforce today.

It has also measured as many as seven metrics for optimism and this included the perception of the economy in the coming one year, their quality of life, their financial situations as well as their life in comparison to that of the generation of their parents.

India had topped this list as it scored 121 which is way above the average globally of 100 and this was followed by Indonesia at 117 and China at 116 because of the faith that the people in these countries had in the economic prospects of their country.

This optimism has reflected broadly, a positive economic outlook for the region of Asia Pacific. The region has now been set to surpass the other parts of the world when it comes to the GDP as per the economic forum even though China and India have been facing slower growth

They believe that the optimism is better in the developing countries than that of the developed countries.