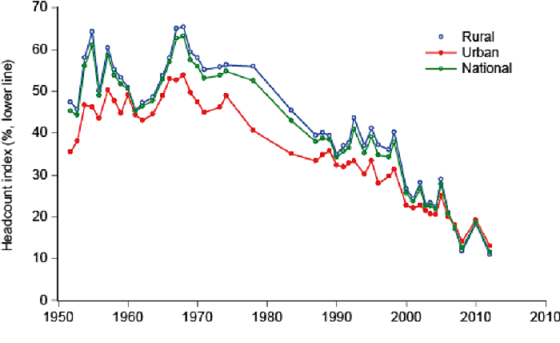 Indian Economy Going Through A Quiet Slowdown That Is Unattended Presently

For a lot of years, India has been called the next big thing when it comes to economic growth. This is owing to the sizeable amount of young population in the country and the labor which is now skilled and an economy that is growing at a fast pace. There are a lot of big multinationals that have invested a lot of money into the economy of India as they bid to capitalize on the growth potential of the country. However, a series of many missteps recently has meant that the wind has been taken out of the sails of the Indian economy and there is a downward slope which the economy has gotten itself into. This is evident from the latest numbers of GDP of the country.

The Indian government though still believes that the nation is not going through a recession. This was reiterated by Nirmala Sitharaman, the country’s Finance Minister in the Parliament’s upper house. The decline has been going on for over a few months since the decline set in in the GDP of India. The latest rates have given an indication that a recession is going on in India although the government is not willing to admit it. The data apart from recession too has been pointing toward a sorry state of affairs for the Indian economy.