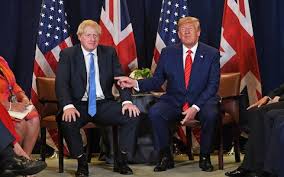 Investment takes a back seat amid Brexit, Trade tensions in UK

During an exclusive interview with the media Axel Weber stated that investors might go on a strike due to uncertainty and confusion which surrounds exit of Britain from EU. He stated that due to Brexit and several other trade disputes an environment of heightened uncertainty has established. Weber further concluded that uncertainty is not fruitful for investments.

Weber said that at present companies are offering low interest rates and investment costs are too low. Moreover, whether the project will pay well or not and whether the production would take place in UK, Europe or in China is still a mystery. He even concluded that unless political-decisions are finalized, people would not undertake any of these resolutions.

Due to uncertainty after voting was done UK had to deal with increased inflation and tremendous decrease in pound’s value, weak export, and decrease in real estate pricing, stalling of foreign and local investment.As per the sources, Britain had made another request regarding extension on the deadline for leaving EU which was pre-scheduled for October 31. It is the third extension which UK has asked for starting from referendum which was formed back in June 2016.

Despite Johnson’s objection on another extension, lawmakers had voted in favor of activation of law which requires Downing Street ask Brussels so that it can push Brexit deadline back. The leaders of EU do not have to accept request for extension and they can respond in several ways.

Leaders might offer technical extension for couple of weeks hoping that they can pass recently-negotiated agreements which were made by Johnson and they can even agree to extend the date to January 31. This will open door to second referendum and general elections to UK. They can even refuse extension which could create economic crisis in EU and UK.As per Council President of EU he received letter of extension and he would start consulting with leaders of EU about the way to respond on the request made by Britain.