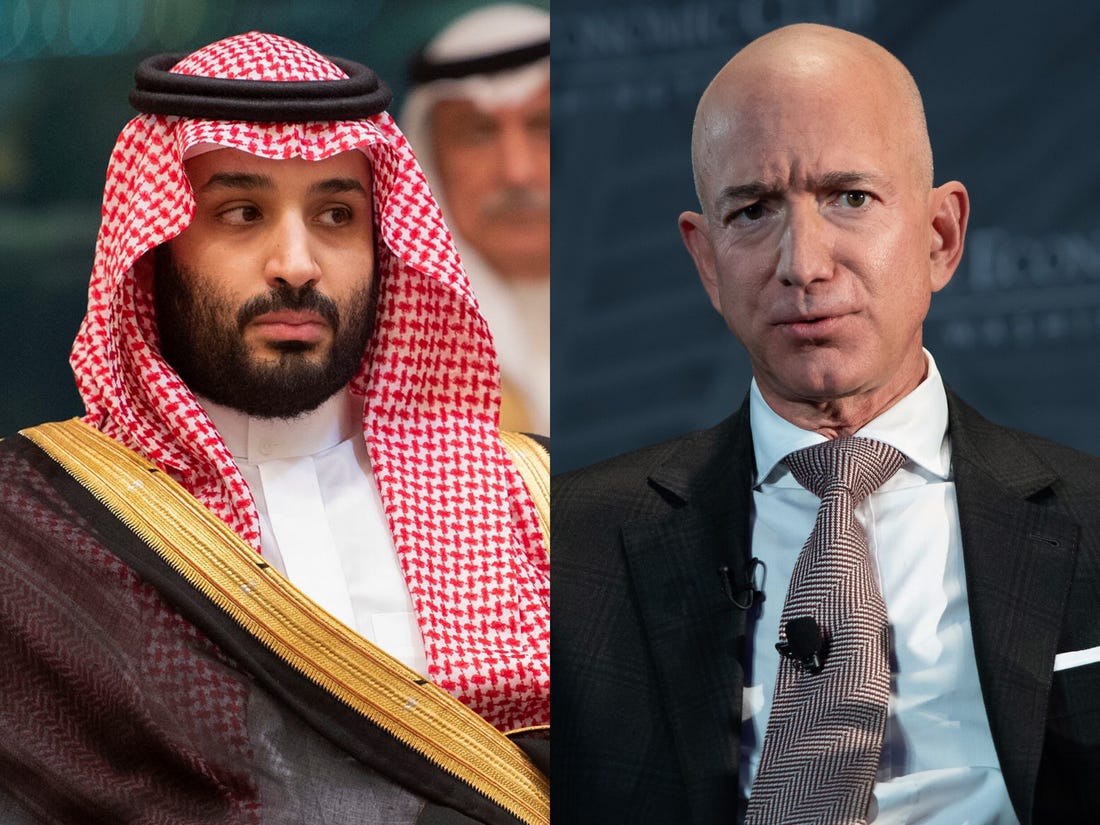 In a sensational turn of events, Jeff Bezos, Amazon’s CEO, had his WhatsApp hacked by a malicious message sent by Saudi Crown Prince, Mohammad Bin Salman, according to a report published by The Guardian. The digital forensicanalysis cited by The Guardian in its report stated that Bezos’ WhatsApp was hacked back in May 2018 and was stealing data ever since then. As per the report, a malicious video file was sent to Bezos’ phone from the phone number of Saudi Crown Prince while the two were having a friendly conversation. Once Bezos downloaded the video, his phone started behaving inappropriately and a large amount of data started getting transferred from the phone.

A documentary titled The Dissident, that was released on Friday, shows that the Crown Prince was furious over the reporting of journalist Jamal Khashoggi by The Washington Post, a media outlet partly owned by Jeff Bezos. It also shows how the video file was used to inject the Pegasus Spyware in Bezos’ phone back in May 2018. The leaks revealed an extra marital affair, compromised nudes, and stories of family betrayal of Jeff Bezos. Other investigating agencies have however denied the allegations stating that the evidences against Prince Mohammad Bin Salman are not conclusive enough. Bezos however said that he would hire the best person to investigate and unearth every single detail about the hack.

Talking about the investigations, a New York Times report has brought up a new angle to the story as it stated that Bezos’ girlfriend, Lauren Sanchez, passed on their messages to her brother, who in turn leaked it to the National Enquirer. Bezos stated that those messages were used to extort him. The report also stated that Saudi Prince might not be behind the hack, as assumed worldwide.