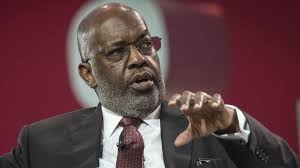 The chief executive and chairman of Kaiser Permanente died in his sleep on Sunday at the age of 60 years. The man named Bernard J Tyson has been confirmed dead by the company based in California.

Tyson had taken up the duties of chief executive in the year 2013 when he succeeded George Halvorson and taken charge of this corporation engaged in health care for the past six years. Tyson had been the first black chief of the company ever since the founding of the company in the year 1945.

The causes of death have not yet been made clear.

Through a statement issued by Kaiser Permanente, they described the deceased Tyson as a leader who was outstanding and someone who was a visionary besides being a champion for affordable and high-quality health care.

The Group President and Executive Vice President Greg Adams is now going to be the interim chairman as well as the chief executive.

A member of the board Edward Pei has said that Bernard for him was a passionate leader, a man of honour and an exceptional colleague. He also stressed that the board of the company had complete faith and confidence in the ability of Greg Adams and his ability to steer the company through this transition which was unexpected.

Tyson had spent more than three decades with this company and been serving in many roles which included being an administrator in hospital as per his biography with the company. He held a bachelor’s degree in health service management and had held various roles in the community as well being a member of Bay Area council and Business Council.