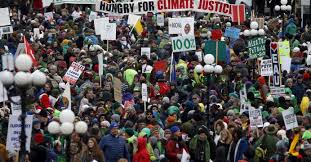 Climate change is the current threat that global countries face.

Investors in Europe have asked the Big Four auditors to take immediate action on climate change issues. It looks worse than financial risks, they claim.

The investors are currently managing assets that are worth around 2 trillion pounds. They have written a letter to the Big Four regarding climate-related risks and the attitude of auditors in ignoring these issues in their accounting and auditing.

The Big Four auditors to whom the letter is addressed are Deloitte, PwC, and EYKPMG. In the letter, investors have raised concerns that auditors are not brining in climate change-related factors in their accounting and auditing.

The investors are determined to make their voices heard. They have also written to the audit committee of oil and gas companies to show more concern towards climate risk.

Natasha Landell-Mills, who is heading the 29 investor-led campaigns against climate change, claims that the current climate change is a crisis that is worse than the financial crisis of yesteryears. She is the asset manager at Sarasin & Partners in London, Britain.

The International Accounting Standards Board (IASB) says that climate change risk issues are addressed according to the IFRS standards.

Nick Anderson, who is an IASB board member, says that the management is asked to make a report on various environment and societal issues. This will ensure that the primary users of the company’s financial statements will be updated about the steps taken to address climate change.

Though the 2015 Paris Agreement is in place to bring down climate change, the auditors are not giving the required importance towards a low carbon future, says the letter.

One of the auditors Deloitte says that climate change is a risk for the future environment and the auditors are provided training on how to apply this issue in the financial statements so that they will be implemented in the future.