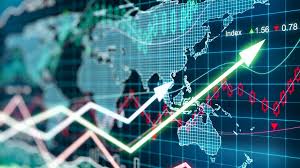 Little change in Stocks as investors weigh in on escalations

There was very little change in the stock markets as the Wall Street this Tuesday had been assessing the risks around geopolitics which had been stemming from the tensions of Iran and United States in addition to the data which has come on the economy and has surpassed expectations.

It was announced by the president Donald Trump in the previous week that United States in an airstrike killed General Qasem Soleimani at the Baghdad Airport. Soleimani was a top military commander in Iran. The President has also been threatening to slap Iraq with sanctions after Iraq’s parliament had gone on to pass a resolution which has called for the government’s expulsion of the foreign soldiers away from their soil.

On Monday though, the equities of United States had risen as they reversed the losses incurred earlier and also the decline which had taken place on Friday and had been steep. The players of the market are observing patiently and trying to assess if there is going to be an escalation with Iran retaliating in any manner.

The analysts feel that the investors had now begun to undermine the importance of the tensions and this sentiment had been carrying on all across the markets internationally on Tuesday as well. The investors have not been completely unaffected to the tensions in Middle East however they have been placing this in the manner they placed the strike on the oil assets of Saudi.

In order to be sure, this rise in the tensions between U.S. and Iran had been sparking the bids on a lot of the havens such as Treasuries and Golds. On Tuesday, though they remained consistent too.