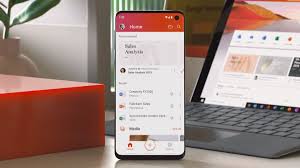 Microsoft has finally released its office suite for Android, a one stop shop for users to have Microsoft Word, Microsoft Excel, and Microsoft PowerPoint on their device. The release has come months of beta testing the app to check for all possible bugs and flaws. With so many months spent testing the app, users are bound to have a good experience while using it now. Apart from allowing users to access Word, PowerPoint, and Excel, the Microsoft Office app will also provide OneDrive integration and an option to scan files via the Office Lens.

Microsoft began testing the Microsoft Office app back in 2019 and had turned it down after releasing a public review later that year. Productivity apps from both Google and Microsoft came split till now and had given room for other third-party developers to club the apps and launch their own unofficial apps. Microsoft Office does ease things out a bit for users for now but a lot is still to be done as the app is yet to be released for iOS tablets and iPhones. The app doesn’t seem to work on Chromebooks and Android Tabletsand is for now available only on Android smartphones. The app has already crossed the 50 million downloads mark on Google Play Store with an average rating of 4.4 stars out of 5 after over 2,000 users reviewing it.

Talking about updates for Microsoft, the company continues to disappoint its Windows 10 users with its new updates as the company admitted its recent KB4524244 security update does causes systems to freeze and crash across all supported versions of Windows 10. After keeping it available for four days to the users, Microsoft has pulled back the update for the good, as users continued to complaint about the crashes and freezes.