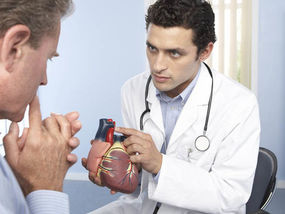 Scientists might have made the groundbreaking discovery about the possible underlying cause behind the cause of motor neuron disease.

Scientists conducting the research at the University of Exeter say that they have found evidence that motor neuron disease is due to lower cholesterol levels and an imbalance of other fats in our cells. The research is still ongoing and scientists have to do more trials and experiments to have concrete evidence to show their findings.

According to reports more than 5,000 people are affected by the disease in the UK each year and also cause 2,000 deaths per year. Motor neuron disease causes nerve damage and the cells in the brain and spinal cord are affected. Due to this the tissues and muscles in our body are not able to react properly with the brain signals and slowly the victims are paralyzed, unable to talk, and even swallow before finally stop breathing and die.

There is still no cure for the disease and scientists have still not been able to find the exact cause of the disease. It is told that it is linked to genes, exposure to heavy metals and agricultural pollution.

The group of scientists said that they might have identified the 13 genes which get altered and causes the disease. They were directly related to processing cholesterol.

If their findings are found to be true then it could be used to further identify the causes and severity of the disease. The doctors can better monitor the patients and the findings of the research can be used to make medicines so that one day the disease might even become curable.

The entire findings of the research have been published in a medical journal called Brain: A Journal of Neurology.

For years the scientists have known that numerous genes were involved with the disease but it was not known if there is a common thing between them.