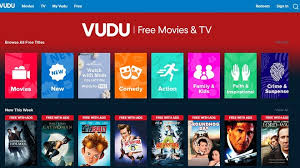 As per a report published in the Wall Street Journal, NBCUniversal is reportedly in talks with Walmart for acquiring Walmart’s video streaming service Vudu. Though the talks may not end up with the deal getting finalised, NBCUniversal, part of Comcast, as reports suggest, has already penned down its plans for what it is going to do with Vudu. The company is planning to use Vudu as a complement to its main streaming service, Peacock. NBCUniversal’sdigital movie rentals and purchases business would be merged into Fandango, the ticket booking app owned by Comcast.

Vudu launched free streaming services back in October 2016 and owing to the ad-supported revenue generation added many TV shows and movies to its catalogue. Users were allowed to watch these TV shows and movies on demand with Vudu without paying anything. Apart, from Vudu’s popular free services, the video streaming app was quite a hit with home theatre enthusiasts owing to its supreme video quality. Even when the 4K streaming quality wasn’t introduced, Vudu offered some spectacular streaming quality through HDX streaming of 1080p resolution. Though Walmart and NBCUniversal declined to comment on the rumoured deal, it was cleared by Walmart almost a year ago that the company was looking for buyers for Vudu. Vudu, according to Walmart, is used on 100 million devices globally.

NBCUniversal’s Peacock streaming service looks all set to take the entire streaming service industry by storm if the words from NBCUniversal are anything to go with. Peacock users are said to receive sports content for free starting from the 2020 Tokyo Olympics. Peacock is said to offer exclusive Premier League matches for free, which casts a shadow of uncertainty as to how it will sustain withthe NBC Sports Gold that charges USD 64.99 per season.