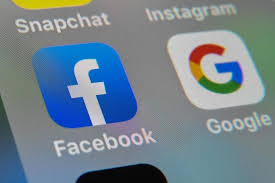 A new bill aiming to counter child sexual abuse on social media and online messaging platforms will be introduced in the next few weeks and will challenge the encryption plans in place from Facebook, Google, and other tech giants. The bill is proposed by Democratic Senator Richard Blumenthal and Chairman of the Senate Judiciary Committee, Lindsey Graham and targets the Section 230 of the federal law that protects companies like Facebook and Google for the content that is published on these platforms. The proposal states that the company should be held responsible for the content published on the platform instead of holding the user accountable who published it.

The companies will continue to receive the immunity of Section 230 only if they follow a set 15 Best Practices which will be determined by a separate committee led by the Attorney General. The Eliminating Abuse and Rampant Neglect of Interactive Technologies Act of 2019 (EARN IT Act) is one of the many steps regulators in the United States have taken to consider the relaxations given to online companies which are exploited for spreading hate speech and online crime. The 15 best practices will revolve mainly around end-to-end encryption of messages and will ask the companies to avoid its usage as it disrupts legal investigations when needed.

United States is not the only country to take strong steps in regulating the tech giants, United Kingdom recently sent out notices to Facebook, YouTube, and Twitter after announcing a new internet regulator. The country’s broadcast regulator, Ofcom, will be responsible for regulating the internet services as well to ensure child abuse and hate speech practices. UK is yet to announce the full details and the extent to which Ofcom will control proceedings for these companies will be known only during spring.