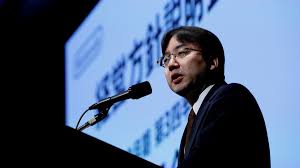 People awaiting the Nintendo Switch in Japan may have to wait for a little longer, or probably a lot longer now, as the company announced that the Coronavirus outbreak could cause ‘inevitable’ delays in the production and shipment of Nintendo Switch. On Thursday, Nintendo stated that the company will be delaying the production of Nintendo Switch and Joy-Con controllers bound for the Japanese market. Customised controllers that are used for the fitness game, Ring Fit Adventure, will also not be produced any time soon. These controllers are already out of stock and will remain out of stock until production resumes.

Many companies that have their production units in China had to be shut down. Tesla, one of the fastest growing shares, too had to take a hit as it saw its much hyped Shanghai Gigafactory get shut down temporarily. Foxconn had shut down its operations last week but was planning to resume it on Monday. The company’s plans of resumption were disrupted after intervention from Chinese authorities. The Coronavirus outbreak has killed over 800 people in China so far including an American. China has been trying hard to find a solution to stop the onslaught of the outbreak.