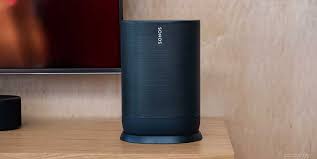 Sonos To Suspend Updates For Some Of Its Old Speakers

Sonos has confirmed that it will stop providing any updates to a few of its oldest products effective May that will also suspend the addition of any new features going forward. The speakers are expected to work though, but just with the old features only. The devices impacted by the decision includes a long list of names including the first generation Play:5, Connect and Connect:Amp, CR200 controller, Sonos Zone Players, andthe Bridge, most of which are included in the company’s trade-in programs. The software update suspension for Connect and Connect Amp devices only applies to the ones manufactured during the 2011-2015 period.

Sonos underlined the consequences if consumers opted to continue using these devices with the updates suspended in a recent blog post. It did confirm that the speakers will continue to function as they are for now but also urged users to get them replaced with newer devices at a discount. Sonos has been criticised for its speaker recycle policy but the company has reiterated the fact that most of them are completely outdated dating back to 2006 when the features that make a speaker smart were not even introduced.

Sonos was in the news recently for its criticism of big tech companies like Apple, Amazon, Google, and Facebook encroaching upon the small competitors in the industry. The company took part in a Congressional hearing last week and registered its testimony against Google while also lodging a patent dispute against the search engine giants. The company joined hands with PopSockets, Tile, and Basecamp in their battle against the big four. The companies have come together stating that the future of competition in the United States hinges on this hearing and also pleaded Congress to help them rescue the situation.