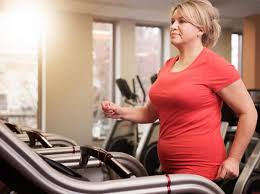 A new study has revealed that Americans have been trying hard to lose the extra pounds by reducing their food intake, exercising,drinkingplenty of water and trying out new diet butthey were not reaching their goals.

Qi said that the most famous weight-loss strategy was eating in lesser quantity. But by doing this people tend to include fattening foods even though they reduce their food intake. There was decrease in food intake but no decrease in calorie intake. The chief of obesity surgery at the Lenox Hospital, Mew York City, Dr. Mitchell Roslin, said that research has shown that reducing food intake and exercise was not enough for a long-term weight loss plan.  When one eats less, it signals the brain that one is sick. When the brain realizes that one is sick and has lost weight, it does work to put that lost weight back. So this does not help in shedding the extra weight. So eating right is also important for maintain a healthy heart as well as to avoid diabetes.

The director of Obesity, Metabolism and Nutrition Institute at the Massachusetts General Hospital, Dr. Lee Kaplan said that true care for this condition of obesity may require therapies or medications which will assist on the self-regulation of fat in the body.