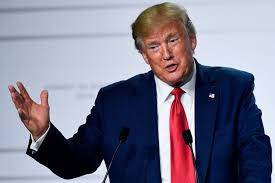 Uncertainty over President Trump’s continuance in office has sent Wall Street in a tizzy as fears of an imminent recession have increased. The Dow Jones Industrial Average was shaken to register a fall by 139 points. The S&P 500 touched lowest since August witnessing a fall by 0.8% while the Nasdaq Composite Index registered a fall by 1.5%, seeing one of its worst days in the month.

House Speaker Nancy Pelosi, D-Calif., finally agreed to undertake an impeachment action against President Donald Trump after months of resistance. An announcement of a formal inquiry is expected from her side soon, said a couple of close Democratic sources.

The impeachment proceeding was spurred by a two thirds support from the House of Democrats leading to a change of mind on the part of Pelosi. The inquiry demand was motivated by reports of Trump withholding Ukrainian aid as a pressure tactic against the authorities there for investigating Joe Biden, his political rival’s son.

Wall Street was in any case bearish in the early part of the day as Trump supported his China trade policy in the speech he delivered at the United Nations General Assembly.

Markets went for a toss after Pelosi’s statement and cut back losses on Trump’s tweet of authorizing the July phone call transcript release which would be in a totally declassified, complete and unedited form. The call with Ukrainian President Volodymyr Zelensky was the main focus of the storm.

Wall Street had registered a downfall and then an upswing during the impeachment trial of Bill Clinton in 1998 to touch highest levels in the later part of that year. President Trump had remarked in a Fox News interview last month that his impeachment was definite to lead to a Wall Street crash and stripping away the wealth of many people.