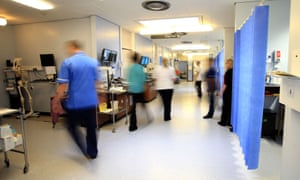 The number of psychiatric posts at the NHS has been increasing and this is going to affect the transformation plans. The Royal College of Psychiatrists said that there has been a two fold increase in the vacancies over the last six years especially in the children’s services.

According to the college census, 1 in 20 consultant posts were vacant in 2013 however today it is 1 in 10 posts. ₤2.3 billion was promised by the government by the year 2023-24 for improving care facilities. The college has said that the vacancy rates in England are 9.9%, Scotland with 9.7%, Northern Ireland with 7.5% and Wales with 12.7%. The overall rate in UK is 9.6%. Various NHS health organizations and some other providers were asked about the number of psychiatrists in UK in the non-training-grade posts by the census.

It was found in the survey that the vacancy rates were high in those areas which were prioritized for improvement by the government like children’s services. As per the Public Accounts Committee of UK only 35% of the children having mental illness get the required treatment. Prof Wendy Burn, the college President said that the findings of the census were really alarming. He said that the government plans for improving mental health services are praiseworthy and they supported it. However he said that without proper workforce, it will be difficult to reach the goals.

Some of the burning issues associated with the workforce of NHS should be solved urgently. This includes unacceptable work-related stress levels, pension crisis and early retirement. A campaign is being launched by the college for encouraging more junior doctors to undergo training in psychiatry. There was only 4.7% increase in number of consultant psychiatrists at NHS between the years 2012-19 while it was 28.7% in other specialties.

Dean of Royal College of Psychiatrists, Dr Kate Lovett said that a set of unique skills was needed for showing good performance in this area. He said that mental health does not attract the junior doctors and is not considered a prestigious area. A website Every Mind Matters has been launched by the Public Health England officials and it helps people to take steps for improving metal wellbeing.