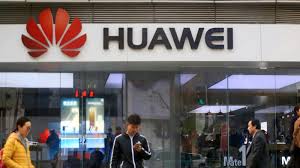 US companies with Huawei as customer to get respite soon

According to commerce secretary Wilbur Ross, licenses to allow US companies to do business with Chinese telecom firm Huawei will be given very soon as his office has received 260 requests. Huawei had been placed in a restricted category of firms and US firms purchasing equipment from the firm or selling software/hardware to it were asked to do so after getting special license. Speaking during an economic summit at Bangkok Mr. Ross stated that both US and China are engaged in overhaul of their trade relationship and are on the verge of signing the first phase of their trade agreement. Though US Commerce department added Huawei to its Entity list citing its equipment as dangerous to nation security the firm purchased $11 billion worth American products last year. As the world’s largest telecom company the ban hurt its sales and also led to shortfall in production of its phones as much of the software and hardware was from US firms like Google, Intel and Micron.

Speaking about the ban Brad Smith, president of Microsoft told that though the US government may be justified in some way to keep equipment of Huawei out of US but it should not restrict sellingof US products to the Chinese tech major. He affirmed that Microsoft has already applied for a license to continue doing business with Huawei. He explained that the ban would lead to development of similar products in China which would threaten American supremacy in the arena of technical products. But officials of US government have accused Huawei of undermining security and foreign policy interests of USA though the company has denied any wrong doing. It has also stated that it does not want to be part of official US-China deal and wants to work out a private resolution plan with US officials.