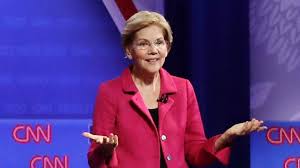 Warren proves her point by running false ad on Facebook

Elizabeth Warren has deliberately run a false ad on social networking site Facebook to grab awareness on the recent announcement by Facebook to not run a fact-check on posts from politicians.

The ad reads out breaking news of Donald Trump being endorsed by Facebook and Mark Zuckerberg for re-election. The ad asserts a point while correcting itself. Warren says that Zuckerberg has provided a platform for Trump to freely lie to the American voters while endorsing themselves with huge donations.

Both Facebook and the White House haven’t responded with any comments.

Turning their networking site in providing false information to gain profit, Facebook have recently revised their policy allowing politicians to run their ads. This week was a test to observe the length of its effect, says Warren.

Facebook commented last month on the exemption for politicians over third-party fact-checking procedure to have been implemented for over a year. Nick Clegg, vice president of global affairs and communication for Facebook states that it would regard politicians’ speech as a newsworthy content that should be communicated.

Clegg adds that they believe not to interfere in political debates and speeches by the politicians that want to reach their audience.

Facebook expressed early this week to the presidential campaign for Joe Biden rejecting to remove an ad posted by Trump’s campaign. Bidden asserts that it contains false information. The video shows Biden threatening Ukraine officials to detain $1 billion unless they cooperate to sack the prosecutor that is investigating the business that employs Biden’s son.

Wielding influence at a high rate, Warren calls for to disintegrate Facebook and other such tech corporations. Various lawmakers have also addressed concerns calling for the regulation for Facebook and similar platforms to contain fake news and other issues. She adds that Facebook is consciously providing an arena for candidates to manipulate American citizens.