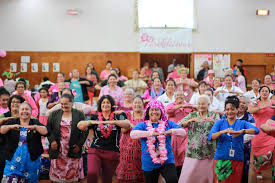 College Station’s Erika Rodriguez has said that she is a proof that cancer is not affected by the age of the victim.

Erika, a mother who is 32 years of age has been diagnosed this year with IDC or Invasive Ductal Carcinoma after she noticed something abnormal with one of her breasts.

She said that she noticed her right breast looking different from the left one which made her pay more attention to this over time before she could realize the presence of a lump and the sinking in of her skin.

Jonathon, her husband had encouraged her to get it checked by a doctor.

She says that the disease does not care about age and has advised others to be aware of any changes which happen in the body because early detection leads to survival in a lot of cases.

Rodriguez has said that it has been a rough phase for her and she feels fatigued all the time as it affects her in a lot of other ways with her eyesight blurring and the difficulty she faces in the day to day activities.

Rodriguez had been supported by her family who feel that she has been strong through it. She was also supported by a group of local cancer survivors and her mother who herself had battled the illness.

Her mother had been diagnosed when she was 50 years of age and has been away from cancer for 9 years now.

Rodrigues has been going through a lot of chemo rounds and if everything is stable and the treatment goes as per plan, her recovery should begin by early next year post her treatment.